This is the third blog post you will respond to for the semester for JRNL 314 – PR Writing. Remember, discussions begin on 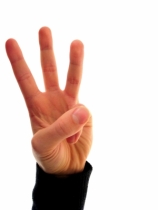 Tuesday and end on Friday.

The editor of Glamour magazine once said, “All things being equal, if we are looking at two items that are equally available nationally, if one of them is an advertiser we’d use it.” Would you agree? Why or why not? What other criteria might be used?